Ubisa St. George monastery is located close to the main highway that runes all across the country till the Black Sea shore. It stands on the slope descanting toward Dzirula riverbed. The monastery was founded in 20-ies of IX c. At the insistence of the King of Abkhazs Demetre II this place has been selected by St. Grigol (Gregory) of Khandzta, famous clerical and founder of many monasteries and save heavens in southern Georgia. A rather lengthy single-nave temple faced with gallstone slabs is the main construction of Ubisa monastery. It is contemporaneous of St. Grigol Khandzteli. The construction is rather simple with shallow wall in the interior and triangular decoration arranged just over the sanctuary window from the outside – the only adornment of the monastery exterior (besides the mentioned decoration patterns, there are several slabs with inscriptions, performed within the fretwork frame, or on slabs with images, for example of a lion). Columned iconostases in the church interior – on of the best samples of architrave iconostases in Georgia, also seems to be of the initial times.

Later on chapels were attached to the large main hall of the church from three sides. The western one with the configuration of domed church in the most noteworthy of all three annexes, where the ossuary of the late-time owners of Ubisa – the noble house of the Prince Abashidzes was arranged. In XVI c. one of the representatives of the same House, someone Demetre built another attachment from the west, richly adorned with fretwork. Wall painting preserved in the interior of the church is one of the most precious adornments of Ubisa monastery. The XIV c. paintings performed by the artist Gerasim, apparently representative of the local artistic school is one of the best samples of so called Palaeologus style church painting. All painting icons, two of which are with doors, coupled with a range of plea icons – integral parts of the iconostas, ordered by someone Bablak Laklakisdze should be contemporaneous to wall painting as they reveal strong closeness to it both artistically and principally (the icons are currently exposed in Sh. Amiranashvili State Museum of Art of the National Museum of Georgia).

There are several other buildings on the territory of Ubisa monastery with different degrees of damages. The residential tower is the most important of them. According to the construction inscription curved on one of the stone slabs Svimeon the archbishop of Chkondidi built the tower in 1141. This fore-storied building contains the residential area (with a large fireplace and a dressing/rest room) a shrine and a square for training and contests. This construction faced with gallstone slabs and with the exterior adorned with brickwork arcades or hoops is one of the best and perfectly preserved samples of Georgian medieval secular architecture. 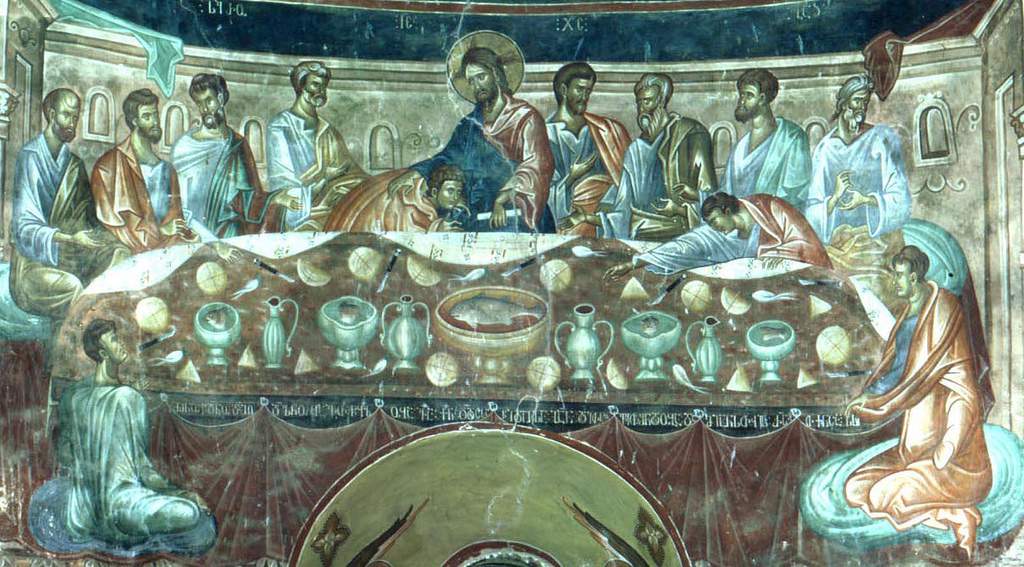