Zarzma monastery founded in VIII c by St. Serapion of Zarzma is located in the historsical province of Meskheti, in the namesake village, that is in a distance of some 6-7 km from Adigeni, one of the regional centers of southern Georgia.  The initial construction of Zarzma has not survived.  The stone slab set just above the entrance of the small prayer house next to the bell-tower is   the earliest of all historical monuments of the monastery.  An inscription of the end of X c is curved on that slab that narrates the real historical fact – the ride of Georgian forces supporting the Byzantine Emperor against the rebelled Barda Skliyaroses – commander of one of the Byzantine armies.  This inscription, earlier then the construction itself was brought there from another, currently destroyed building.  The monastery complex contains a domed church, a bell tower and several single-nave churches, all built of neatly hewn stones.  The first two of the mentioned constructions were built in XIV c in times of Beka Mandaturtukhutsesi – the Prince of Samtskhe.  The temple of the Holly Metamorphoses of Zarzma monastery has got the “recorded cross” configuration.  The church is one of the most important monuments of the epoch with all characteristic features common for Georgian  architecture of those times that where partially considered previously, in concern of St. Sabah church of Saphara monastery.  Wall painting of the church has survived till nowadays with the mix of traditional religious motifs and portraits of the members of the noble house of Jakeli –  owners and rulers of Samtskhe, coupled with the portraits of several historical persons, –King Bagrat II of Imereti for instance and of several others.  A beautiful stoa-porch open from the front with three-fold arcade runs along the southern façade of the building.  This part of the church can be a survived piece of an earlier temple.  In early XX c Grand Duke George, younger brother of the Russian Emperor and his mother launched the refurbishment – reconstruction of Zarzma monastery and of its wall painting.  As a result of those activities the wall painting flavor and stylistic peculiarities were damaged to some extent.  As for the bell-tower of Zarzma Monastery, it is one    of the largest constructions of its kind through-out the country.  Actually its lower section had been a porch with the entrance opening cut through the defensive stone wall.  The dell tower was arranged just above that lower section.  In later times new owners of Zarzma monastery, the family of Khurtsidze decided to build-up all open arches of the bell-tower ground floor and transform it into the church of John Evangelist.  This took place in 1577.  Zarmza Monastery was re-activated in late 80-ies of the last century, as were many other previously abandoned in Georgia. 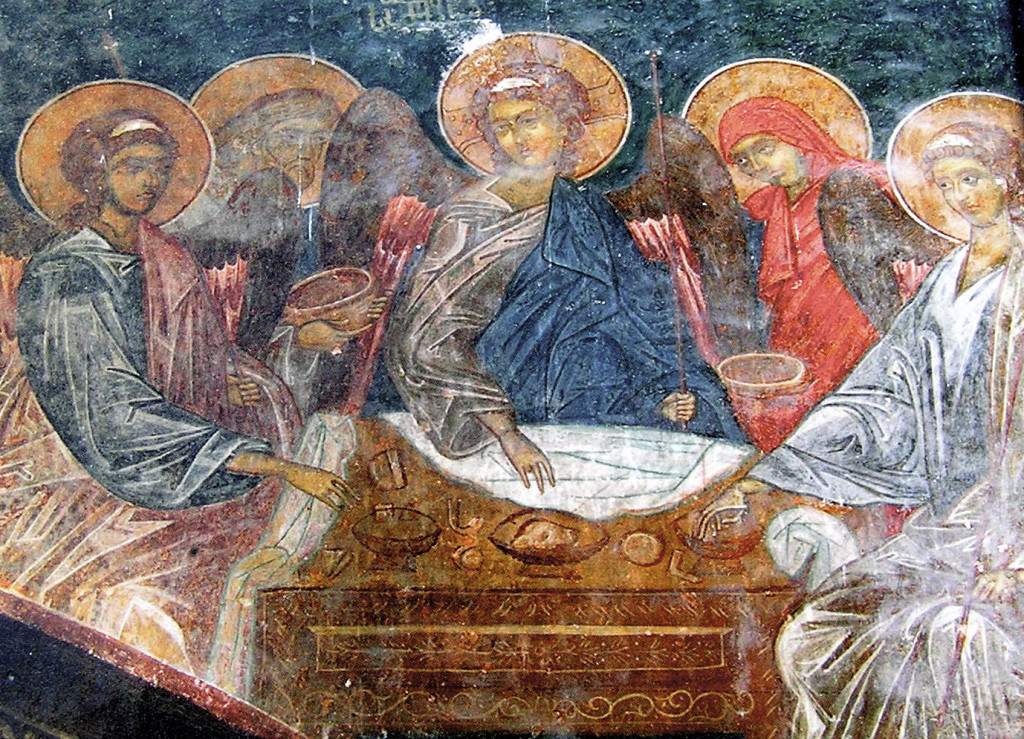