Mother of God domed Barakoni  church located in the village of Tsesi is one of the most significant monuments in Racha.  The church construction initiated and supported by Rostom Eristavi of Racha, one of the most famous military and political figure of his time, was carried out in 1753 by the architect apparently invited from east Geogia — someone David Shulavreli.  According to his name he should have come from Shulaveri – the still existing village in Kvemo (Lower) Kartli.  It is doubtless that either the architect himself or quite possibly the initiator and donor of the construction were definitely guided by the samples of ancient Georgian architecture – traditional design (so called “recorded cross” with two separately erected  columns) of the church together with its fretwork decoration performed in old stile, crosses etc. clearly indicate the disposition towards the imitation of classic monuments.  However, despite all efforts and diligence applied, no artistic influence for old originals has been achieved in this particular case – the niches arranged within the eastern façade are so narrow that they are deprived of any constructional or artistic-compositional sense.  Despite the aforementioned, high level of craftsmanship of all masons and fretwork specialists is more than surprising allowing on all tragic events that terrible period of Georgian history.  The feeling  of surprise becomes even stronger when looking at high, painted iconostasis contemporaneous to the Barakoni church. 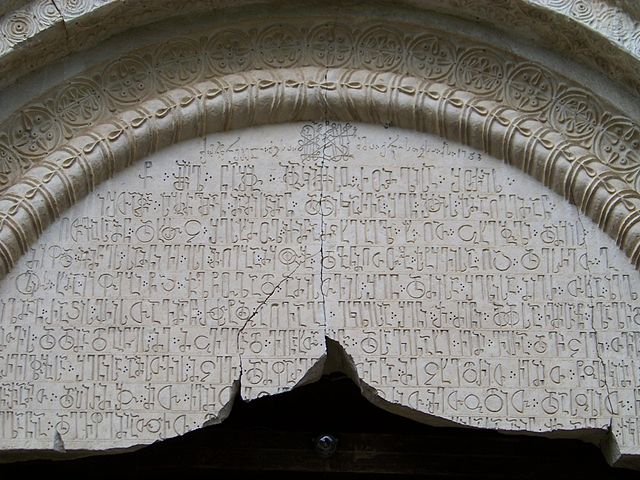