Gremi is located in the north part of Kakheti region. From XV to XVII centuries it was capital of Kakheti. City built by king of Kakheti Levan is divided into tree parts: “Archangel’s”, where is located Archangel’s church, palace and several cellars is located on uphills and surrounded by fortress, it communicates with river Intsobi by secret tunnel. Church was built in  1565 year and frescoes made in 1577.Only this part of the city survived till now days.

Another part of the city is King’s residence. Here were located  palaces, building with fountain, eight angle tower, bathes and other buildings.

The third part is trade part. Here were located covered bazar, hotel – caravan sarai, which were used by traders.

Till begining of XVII century Gremi used to be important trade center and political center of the region. After Shakh Abas I invasion city was ruined and kings of Kakheti moved their residence in town Telavi.

Gremi settlement is located close to the city of Kvareli. The capital city of Kakhetian Kingdom throughout XVI century it was rather rich, well developed town for the times. The city was devastate and turned into arches in 1616, during the invasion of Persian Shah Abbas I. Currently only several ruins of the old city are preserved, coupled with some survived churches the central of which is the orthodox church of the Archangels. This church stands on top of the high hillock and with acute outline attracts attention of any of the passer-by. It was built in 1565 in the reign of King Levan of Kakheti. This building has “Recorded cross” configuration with two round-in shape columns supporting the dom. With obliged upwards proportions, ogives of Islamic type, use of brick as construction material, adornment of the exterior with flat decorative vaults and the outlines of huge crosses obtained by omission of brick in laying – the church is the representative sample of Kakhetian brickwork churches of the mid XVI century. Absolute compatibility and incorporation of this manmade monument in the surrounding landscape is the greatest achievement of Gremi architect, when the church has become absolutely necessary and leading element of the area.

The church is adorned with contemporaneous wall painting. An impressive monumental three-storied tower stands next to it, with a large arched room on the ground floor – quite possibly – the royal reception hall. Small bell-tower that completes the tower is the latest of all constructions of the ensemble. 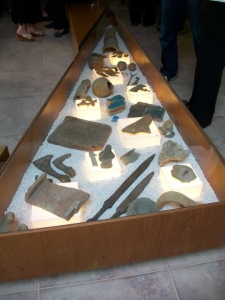 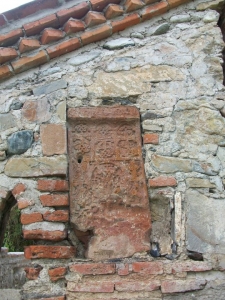 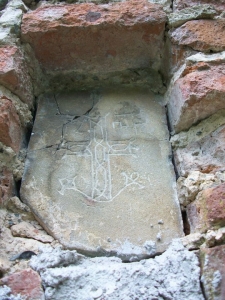 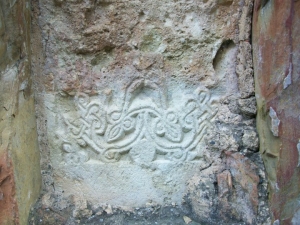 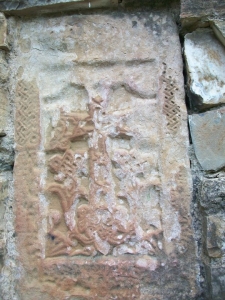 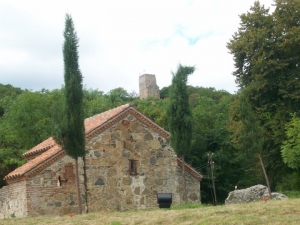 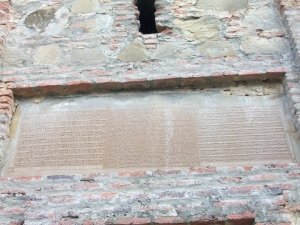 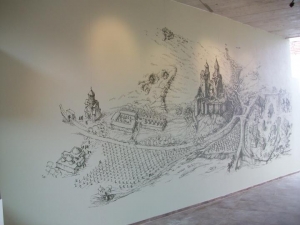 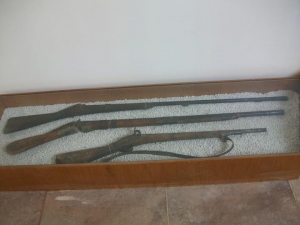 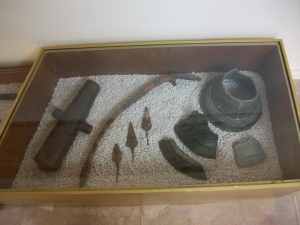 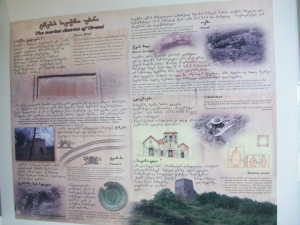 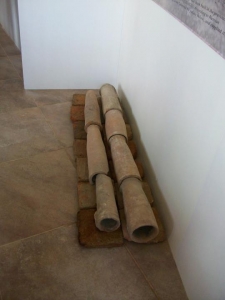 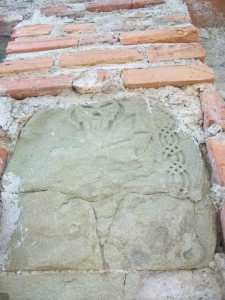 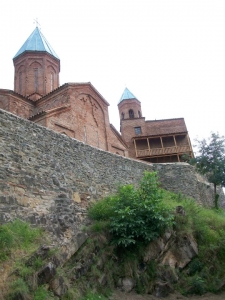 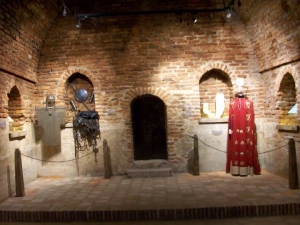 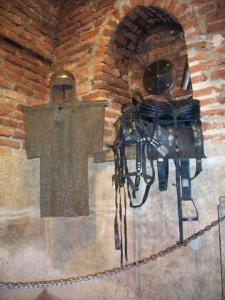 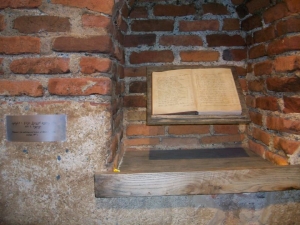 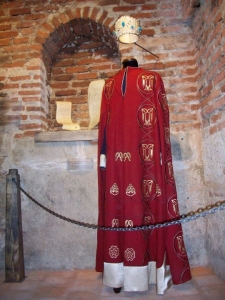 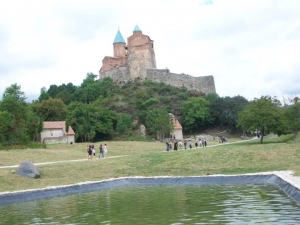 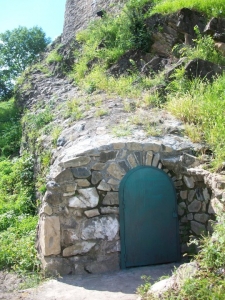 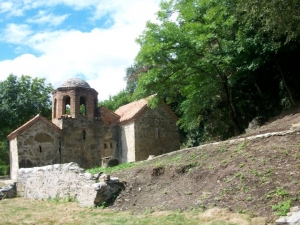 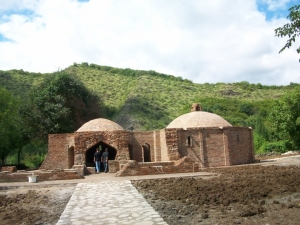 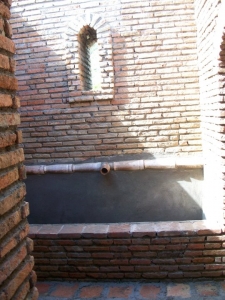