Tbilisi is the capital and the largest city of Georgia, lying on the banks of the Mt’k’vari (Kura) River. The name Tbilisi is derived from an early Georgian form T’pilisi and it was officially known as Tiflis until 1936. The city covers an area of 726 km2 (280 sq mi) and has 1,480,000 inhabitants. Founded in the 5th century by Vakhtang Gorgasali, the Georgian King of Iberia, and made into a capital in the 6th century, Tbilisi is a significant industrial, social, and cultural centre. The city is also emerging as an important transit route for global energy and trade projects. Located strategically at the crossroads between Europe and Asia and lying along the historic Silk Road routes, Tbilisi has often been a point of contention between various rival powers and empires. The history of the city can be seen by its architecture, where the Haussmannized Rustaveli Avenue and downtown are blended with the narrower streets of the medieval Narikala district. The demographics of the city are diverse and historically it has been home to peoples from diverse cultures, religions and ethnicities.

Despite being overwhelmingly Orthodox Christian, Tbilisi is one of the few places in the world (Sarajevo and Paramaribo being others) where a synagogue and a mosque are located next to each other, in the ancient Bath district several hundred metres from the Metekhi Church.

According to an old legend, the present-day territory of the city was covered by forests as late as 458. One widely accepted variant of the legend of Tbilisi’s founding states that King Vakhtang I Gorgasali of Georgia went hunting in the heavily wooded region with a falcon (sometimes the falcon is replaced with either a hawk or other small birds of prey in the legend). The King’s falcon allegedly caught or injured a pheasant during the hunt, after which both birds fell into a nearby hot spring and died from burns. King Vakhtang became so impressed with the hot springs that he decided to cut down the forest and build a city on the location. The name ‘Tbili’ or ‘Tbilisi’ (‘warm location’) was therefore given to the city because of the area’s numerous sulphuric hot springs that came out of the ground.

Archaeological studies of the region have revealed that the territory of Tbilisi was settled by humans as early as the 4th millennium BCE. The earliest actual (recorded) accounts of settlement of the location come from the second half of the 4th century CE, when a fortress was built during King Varaz-Bakur’s reign. Towards the end of the 4th century the fortress fell into the hands of the Persians after which the location fell back into the hands of the Kings of Kartli (Georgia) by the middle of the 5th century. King Vakhtang I Gorgasali (reigned in the middle and latter part of the 5th century), who is largely credited for founding Tbilisi, was actually responsible for reviving and building up the city and not founding it. The present-day location of the area which Gorgasali seems to have built up is spread out around the Metekhi cliff and the latter-day Abanotubani neighborhood.

King Dachi I Ujarmeli, who was the successor of Vakhtang I Gorgasali, moved the capital from Mtskheta to Tbilisi according to the will left by his father. Beginning from the 6th century, new capital started to grow at a steady pace due to the region’s favorable and strategic location which placed the city along important trade and travel routes between Europe and Asia. Since the end of VI century Tbilisi often was under foreign control. First Persians took over Tbilisi and ruled it for about a decade. Later Arabs established an emirate centered in Tbilisi. The Arab domination brought a certain order to the region and introduced a more formal/modernized judicial system into Georgia. In 1122, after heavy fighting with the Seljuks that involved at least 60,000 Georgians and up to 300,000 Turks, the troops of the King of Georgia David the Builder entered Tbilisi. After the battles for Tbilisi concluded, David moved his residence from Kutaisi (Western Georgia) to Tbilisi, making it the capital of a unified Georgian State.

From 12-13th centuries, Tbilisi became a dominant regional power with a thriving economy (with well-developed trade and skilled labour) and a well-established social system/structure. By the end of the 12th century, the population of the city had reached 100,000. The city also became an important literary and a cultural center not only for Georgia but for the larger civilized world as well. From the late 14th until the end of the 18th century, Tbilisi came under the rule of various foreign invaders once again and on several occasions was completely burnt to the ground. King Erekle II of Georgia tried on several occasions, successfully, to free Tbilisi from Persian rule but in the end capital was burnt to the ground in 1795 by Shah Agha-Mohammad Khan. In 1801, after the Georgian kingdom of Kartl-Kakheti was occupied the Russian Empire, Tbilisi became the center of the Tbilisi Governorate (Gubernia).

From the beginning of the 19th century Tbilisi started to grow economically and politically. New buildings mainly of European style were erected throughout the town. New roads and railroads were built to connect Tbilisi to other important cities in Russia and other parts of the Transcaucasus (locally) such as Batumi, Poti, Baku, and Yerevan. By the 1850s the city once again emerged as a major trade and a cultural center. Throughout the century, the political, economic and cultural role of Tbilisi with its ethnic, confessional and cultural diversity was significant not only for Georgia but for the whole Caucasus. Hence, Tbilisi took on a different look. It acquired different architectural monuments and the attributes of an international city, as well as its own urban folklore and language, and the specific Tbilisuri (literally, belonging to Tbilisi) culture. After collapse of Russian Empire in 1917 Georgia gained independence. Under the national government, capital turned into the first Caucasian University City after the Tbilisi State University was founded in 1918.

On 25 February 1921, the Bolshevist Russian 11th Red Army invaded Tbilisi after bitter fighting at the outskirts of the city and declared Soviet rule.

Places to visit in Tbilisi 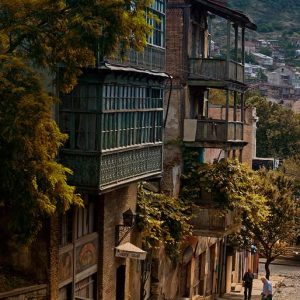 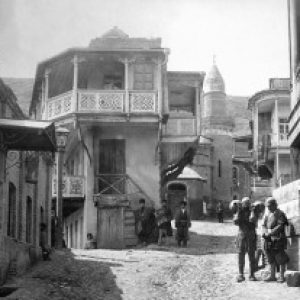 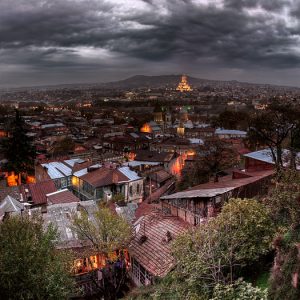 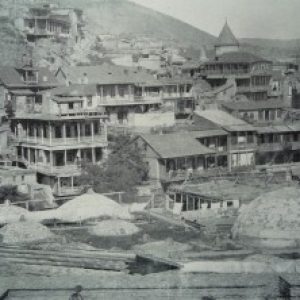 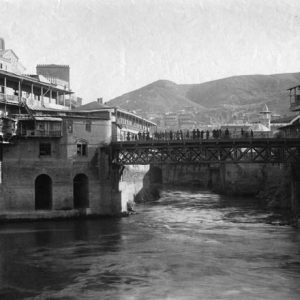 There is one airport in Tbilisi, where all international and domestic flights are taking place. Airport is located in the east part of the city. Airport’s website – www.airport.ge. From airport to the city one can get by bus, train, taxi or order transfer.
There are 3 railway stations: Central station, Didube station and Navtlukhi station. From the central station leaves all local trains, most important of which is Tbilisi – Batumi train and international trains – to Yerevan and Baku. Check out Georgian Railways website – www.railway.ge.

In Tbilisi there are several bus stations: At central railway station, Didube station, from where leaves buses and minibuses to the north and west Georgia and region Samtskhe-Javakheti, at Isani and Samgori subway stations can be found minibuses to Kakheti and Kvemo Kartli region and Ortachala bus station, where are buses to Yerevan and Kakheti. Price of ticket depends on distance.
Most popular public transport is buses and minibuses. Bus ticket costs 50 tetri and minibus – 80 tetri.
Tbilisi subway has 2 lines. To use subway person needs to buy special card – metromoney, which also can be used in buses and minibuses. One ticket costs 50 tetri. Metromoney card costs 2 lari.
Copyright 2011 - 2021 Highlander travel | All Rights Reserved | Powered by Rusudan Tsiskreli